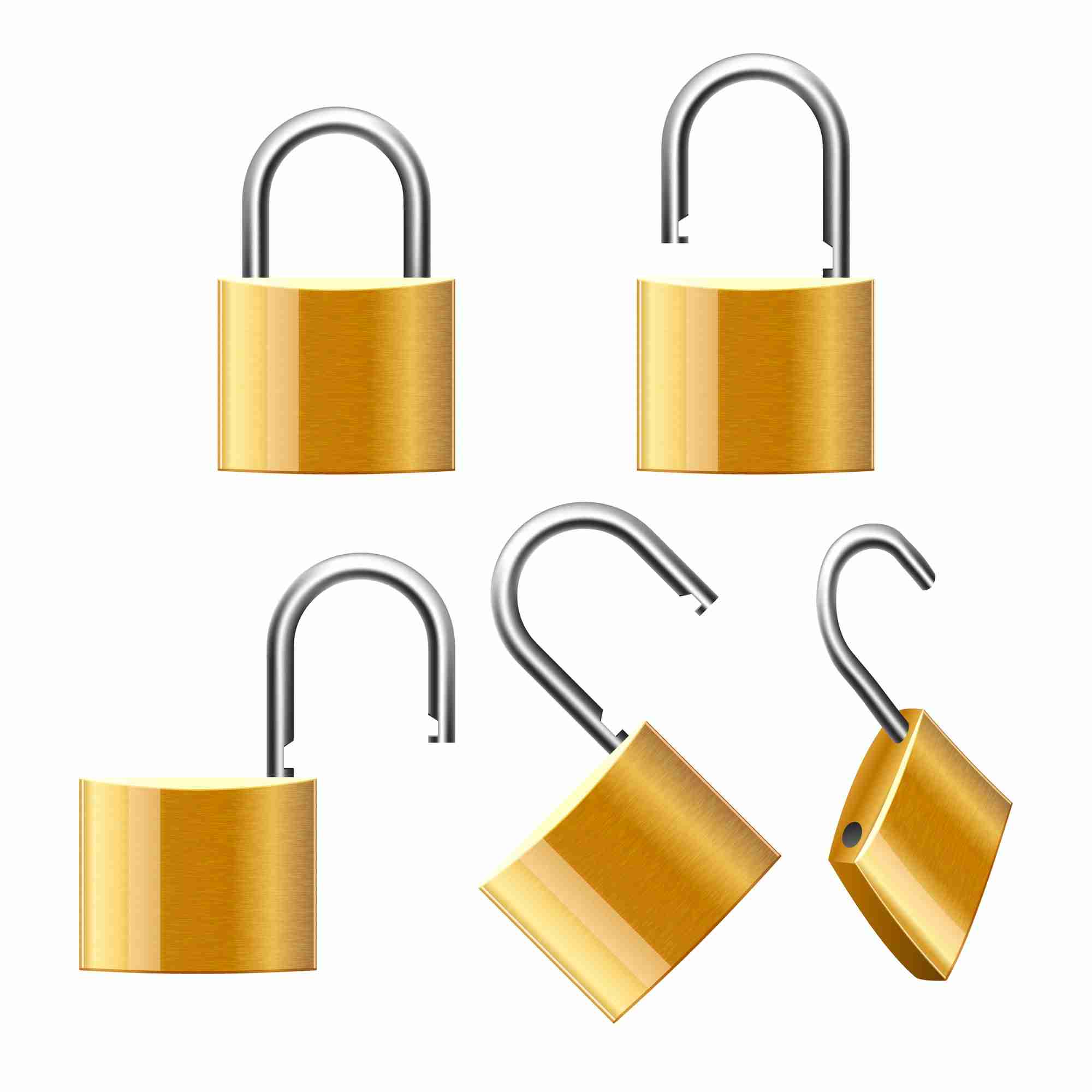 How to Unlock a Bike Lock Without a Key

Oh no! Your bike is locked to a pole in the middle of downtown, and you have lost your bike lock key.

It happens to the best of us and it never gets any less annoying.

How to unlock a bike lock without a key is what we want to discuss in this article.

One of the easiest ways to open a bike lock without a key is to use a pen.

Now, this pen trick will usually only work with tubular locks or select U-locks.

In order to do this, take a Bic pen, or a pen with a similar diameter, remove the tip of the pen, and then press the hollow pen tube into the keyway, press it in, and turn it in the unlocking direction.

With a cheaper lock, this will usually be enough to open it.

However, if you have any kind of quality lock, then will likely not be enough.

Another method you can try using, if the pen method doesn't work, is to make a little shim and try that.

All you need here is a piece of a soda can, cut into a triangle.

You've got to be careful with this so you don't cut your hands either in the cutting of the shim or when you use it.

If in doubt don't use this method.

The point here is to get the pointy tip of the folded pop can, into a triangle, and press it between the crevasse and the body of the lock.

So, on a U-lock, that would be where the U of the lock meets the straight bar, that little space where the ‘U’ pops into the bar.

You should be able to place the metal shim right in between that point, then depress the lock to retract the locking mechanism, and quickly pull it open.

With higher quality locks, you may need to do this on both sides of the ‘U’ simultaneously.

No, this is not a James Bond movie, but it does not mean that you can’t try picking the bike lock to open it up.

Keep in mind that lock picking is not easy, and when it comes to unlocking a bike lock without a key, it’s by far the hardest method.

For one, you need the right tools, mainly a lock pick set and a tension wrench, plus you need to know what you are doing.

Lock picking without any practice is extremely difficult, not like in the movies where they make it look easy.

Cheaper locks require less skill to pick and higher quality locks may be nearly impossible to pick, at least without prior practice.

That said, if you are willing to spend a bit of cash, you can get an electric lock pick, which does most of the work for you.

However, these are really pricey, and at that point, you are probably better off just cutting the lock off and buying a new one for a fraction of the cost of an electric lock pick tool.

So you have tried all of the other bypass methods to open your bike lock without a key, and so far, nothing has worked.

Sure, it is annoying, but this does not mean that your bike is now permanently locked to that pole.

One of the last-ditch efforts you can resort to is to simply cut the lock off.

Now, this may be easier said than done, especially if it is a high-quality lock, but usually doable if you have the right tools.

If you have one of those cord locks that has hundreds of metal fibers wrapped around each other, some simple snippers or wire cutters will do the trick, although it will take a while as you will have to more or less cut through each strand one by one.

If the lock is a chain, smaller padlock, or thin U-lock, you will probably be able to manage with some normal bolt cutters.

However, if the chain, padlock, or U-lock is super thick, you will need a really big pair of bolt cutters, which you may not have access to.

Really thick and heavy duty locks are pretty easy to cut off using a power grinder or powered angle grinder, but most people either don’t have these or don’t have the means to use them in the middle of the street.

Either way, locks can usually be cut off, but if they can’t you may need to resort to our next solution.

You may be weary of trying to use some kind of tool or bypass method to open the lock, or cut through it, because, well, you might look like a criminal trying to steal a bike, and nobody wants to be accused of that, whether true or not.

Also, your bike like might be broken and no bypass method will work, and you cannot cut through it, in which case you may have no other choice but to call a locksmith.

What is nice about using a locksmith to open a bike lock without a key is that for many different types of bike locks, locksmiths can usually open them up without damaging them.

This means that if you like, you can probably go out and find a replacement key, so you don’t have to spend more money on yet another new bike lock.

Sure, in some cases, the locksmith may have to break, cut, or snap the lock in order to get it off, which is often the case with high-quality bike locks, but you don’t have to spend hours trying to get it off yourself, plus you won’t look like a like a criminal trying to steal someone else’s bike.

Of course, it does help if you find a reliable and knowledgeable locksmith that won’t charge you a fortune.

So, if you’ve lost your bike lock key, try using a pen or shim to open it up, or you could even use a lock pick.

In many cases, you may have to cut the lock off, or even call a locksmith.

Most good quality modern locks will have some protection against breaking or cutting without the key or combination so it's a balance between keeping your bike safe and being able to break into the lock when you need to.