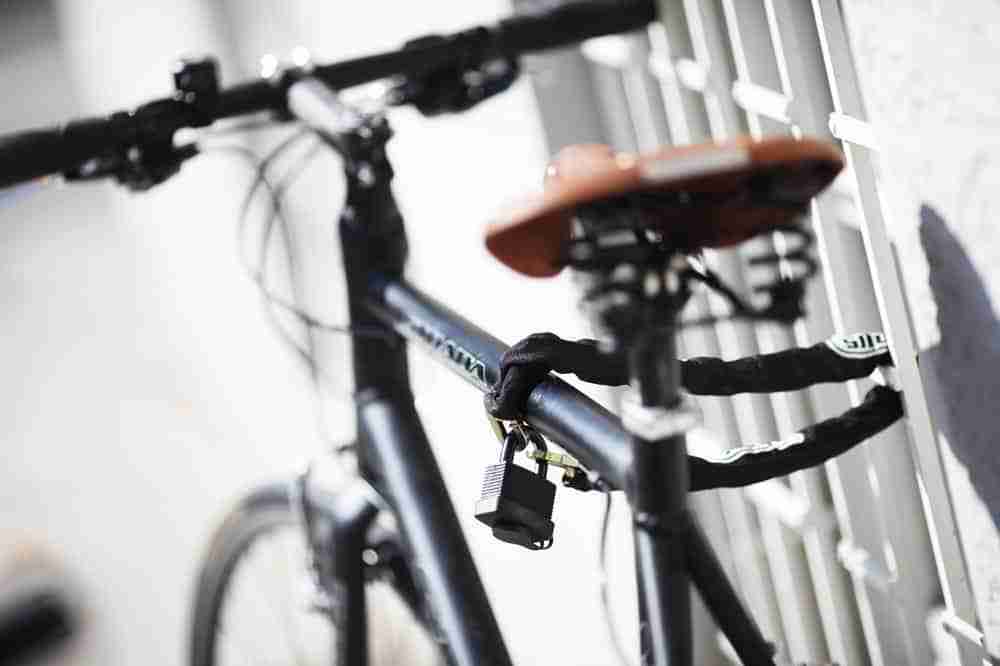 How to Lock Your Bike Without a Rack

Having a bicycle makes sense, especially if you live in a place with a wide variety of bike-friendly roads, paths, or with a high number of protected bike lanes.

It makes sense for other reasons too: If you’re a lower-income person, if you’re a student, or if you live in a dense urban area, a bike might be the best option for your transport.

On top of the many practical reasons to own and ride a bicycle, there’s the moral one; it’s good for the planet!

We live in a bikeable world, which is also, sadly, a world with a lot of poverty and theft, including bike theft, and bike riders are right to be protective of their bikes in public.

Local governments and business, many of them acutely aware of the bicycle’s popularity in urban areas, have made it easier for bicyclists to lock up their bikes in public by adding bike racks to public institutions.

In fact, bike racks have never been more ubiquitous.

Take a walk through any major city in the west, and take in the sights: coffee shops overflowing with people, racks overflowing with bikes; parks bustling with families, crowded bike racks with dozens of locked bicycles.

Still, in spite of the popularity of the bicycle, and in spite of the relative abundance of bicycle racks in most busy western cities, bicycle riders remain hard-pressed to find suitable places to secure their bikes when out on the town.

What follows are a few basics do’s and don’ts for locking your bike in a public place when a rack isn’t available.

Always Secure Both Wheels, not Just the Frame

This rule goes for locking your bike at any rack as well, but it’s even more important to consider when you’re locking up in an area that might be more secluded than areas where bike racks usually are (thus making your bike an easier target than normal).

These are both major mistakes.

If you only thread your cable or U-lock through one wheel before securing it to the rack (pole, tree, fence, or whatever else) you have only succeeded in securing that wheel; the rest of the bicycle remains vulnerable to theft, since in this scenario a perspective thief could simply remove the wheel and take the rest of the bike.

You’re better off running your lock around the frame of your bike and then around the solid object you’re mooring it to, but even with this method, you’re still leaving one or both of your wheels vulnerable to theft.

A lot of riders don’t understand how easily a thief can remove an unsecured wheel (sometimes it takes less than five seconds).

As such, it’s always important to make sure you’ve chained your wheels and frame to the solid object to which they’re moored.

If you fail to take these precautions, you may find yourself without a frame, or without one (or both) of your wheels.

All of this becomes even more important when you’re deciding to lock your bike in areas without racks, which are often more secluded and more vulnerable to theft. 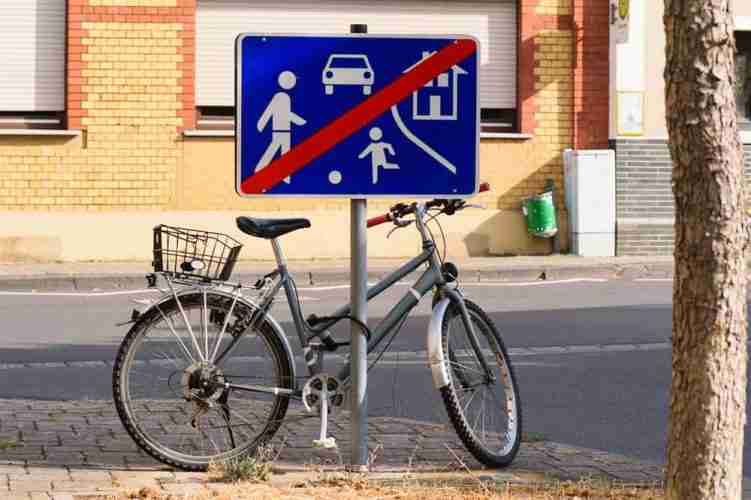 This, sadly, is a common mistake.

Many urban areas are flooded with stretches of thin, metal, chicken wire or chain link fences.

These stretches of fence might seem like a good place to lock a bike; they’re usually on public property or abutting it, and, I mean, metal’s secure, right?

If only that were the case.

A bicycle thief armed with bolt cutters can, sadly, cut right through this sort of fencing, or any other sort of metal object like it, for that matter.

This means that your bike isn’t just safe because it’s locked to a metal object.

Don’t Lock Up on Private Property

This seems like a no-brainer, but it’s one that a lot of folks get wrong.

Especially in the US and Europe, it’s hard to tell what is and is not private property.

Double check that your spot is on public land before locking up your bike for extended periods of time. If you don’t, it might not be there when you return.

Related to that, even some public areas have rules about where bikes can and cannot be locked.

People can legally remove it if you lock it where it isn’t supposed to go.