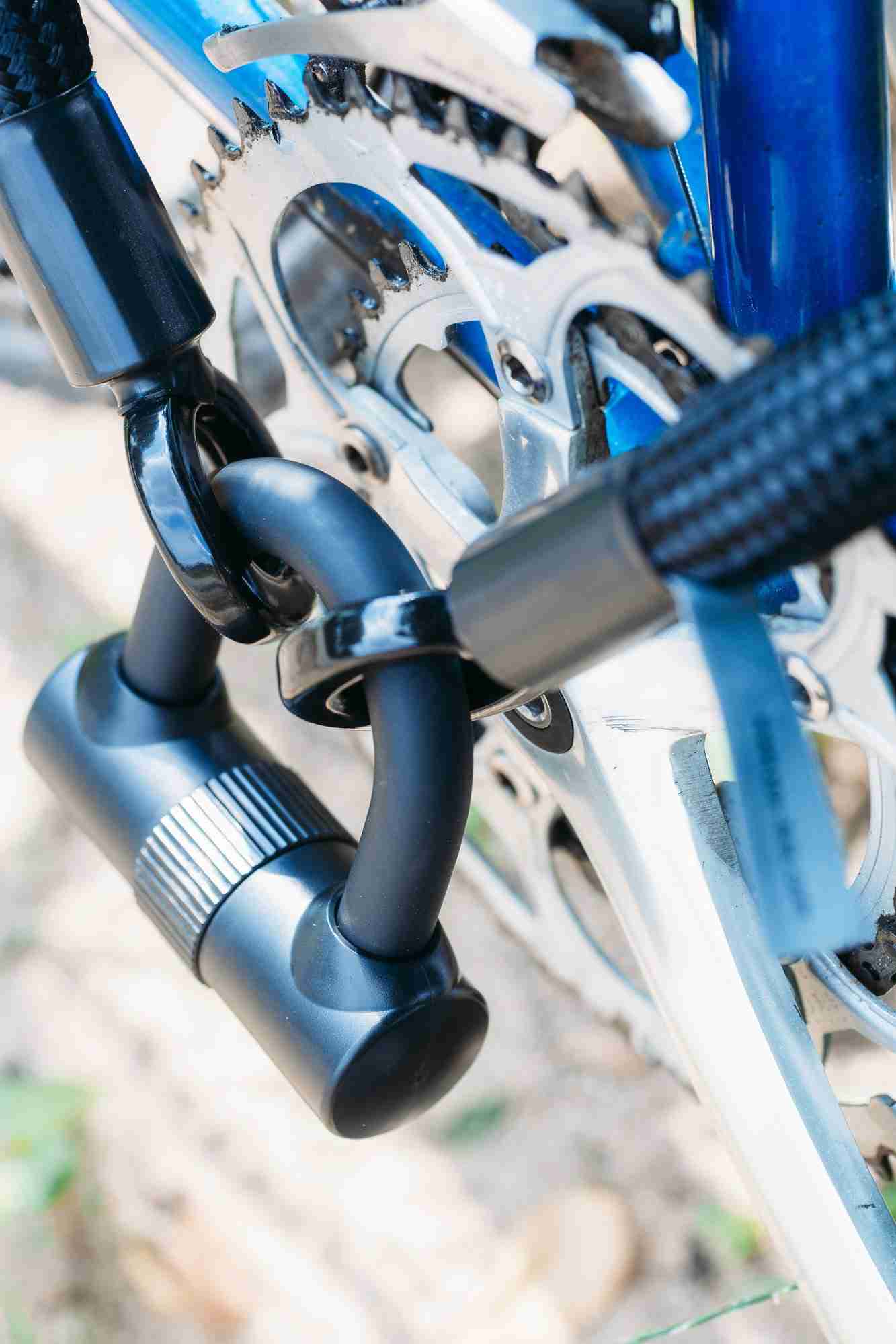 Best Place to Put Lock on a Bike

Getting a new bike is always a big deal. You've got a shiny new bike and it's going to give you so much pleasure.

It's a great means of transportation, exercise and, of course, fun.

This problem is worse if you live in a big city with a high crime rate.

Bikes disappear all the time.

So let's talk about the best place to put a lock on your bike.

Minimizing the chances of your bike being stolen is the name of the game here.

Even if you get a good lock, your bike might still be susceptible to theft.

Bike thieves have many tools at their disposal to help them in their attack on you and your bike.

Not only do you want to have the right bike lock, you also need to know how to use it properly.

Yes, there are right and wrong ways to lock up your bike.

When you lock up your bike, the best part of your bike to attach the lock to is the most solid part of it.

This is always going to be the frame itself.

It doesn't matter what your bike is made of, the frame is always going to be the most secure location to attach your lock to.

Only the daftest thief is going to damage the frame.

A thief won't be able to sell even the most expensive bike with a carbon frame if that frame is damaged.

The frame is usually thick and heavy on a standard bike.

A "normal" bike thief won't even have a tool at their disposal that can easily cut through a frame.

Sure, a bike thief might have a power angle grinder but, even with one of these, it would take ages to cut through a bike frame.

Even then, getting the lock off through the cut section will still be hard.

So, the No. 1 thing that you always want to lock up is the frame.

Even if you can't lock up the wheels of the bike, they're not nearly as expensive or difficult to replace.

Keep in mind that the center of the frame, under and in front of the seat, is the thickest part.

If you are just locking up the frame, somewhere between the seat and the handlebars is usually best.

Another thing to consider is that this still leaves the wheels and the seat vulnerable to theft.

This is especially true if the wheels and seat have an easy-off release system.

As mentioned above, some bikes come with easy-off release systems for the wheels.

That's a problem for you in terms of theft protection.

Some bikes have wheels that have an easy-release system on only the front, only the back, or at both wheels.

Generally speaking, if your bike has one easy-off wheel, the other one will probably be the same.

If you only have a single lock, such as a U-lock or short cable lock, you will want to lock up as much of the bike as possible.

If this is the case, get the U lock or cable lock around the frame of the bike as well as the rear wheel.

This will make sure that both your frame, and the rear wheel and gear system, are secure and well protected against theft.

However, this still leaves the front wheel and the seat exposed to theft.

Frame, the Real Wheel, and the Front Wheel

If you want to increase security even more, to really minimise the chances of your bike getting stolen, including the wheels and the frame, you will also want to lock up the front wheel.

What is not recommended is that you only lock up the front wheel and the frame to something.

This would leave your rear wheel and the gears exposed to theft.

What I would recommended here is to use a U-lock to lock the frame, the rear wheel to a bike pole.

You could then use an extra wire cable to secure your front wheel.

This is easy because if you have the wire cable, one with loops at either end, you can thread it through the front wheel and attach the cable to the U lock.

This leaves your bike securely locked.

So, you will want to secure the front wheel to the U-lock using a wire cable, then secure the U-lock to the rear wheel and frame, and then finally to the bike post, or whatever else you plan on locking the bike to.

After you've locked up the front wheel, rear wheel, and the frame, the only thing left that is susceptible to theft is the bike seat.

This can be an issue as most bike seats nowadays are easy-off seats.

Some people simply super glue a ball bearing into a hex seat clamp to secure them.

Replacing the easy-off bike seat clamp with a hex key clamp, along with some super glue or epoxy is one way to go.

Alternatively, you can always get a key specific bike seat clamp.

On the other hand, getting a small cable lock to go through the rails of the bike seat, and then attaching that to the U lock is another option.

Many people simply take their bike seats with them as they can be the hardest of all to secure properly.

There you have it.

The best places to put locks on your bike and the best ways to ensure that your bike doesn't get stolen.

It’s better to upgrade your security and spend a little extra on locks than it is to come outside one day to find your bike gone.